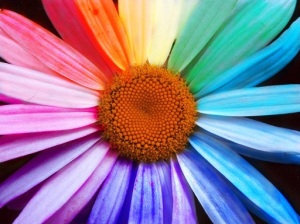 For most people, when they think of planting a colourful garden, they’re thinking of an ornamental garden. And I can understand why. There’s an infinite number of colour combinations when you consider the variety of flower colours there are, let alone leaf colours. And there’s the plants that change colour with the seasons. And variegated options. The list goes on!

Compare that to the vegetable garden, where the colours never seem nearly as exciting. Or perhaps I had just been viewing them in the wrong way, because it never occurred to me that I could plant a rainbow vegie patch!

A few months ago I was diagnosed with a prolapsed disc. That meant that I was forbidden from doing basically anything that might put a strain on my back. For the most part I was ok with that – afterall the original diagnosis was in July, and nothing much happens in the garden in July (although actually lots probably should be happening, I’m just not doing it).

But as Winter ended and Spring approached, I began to feel the itch to garden again. My gardens were all overrun with weeds, and I was (and still am) desperate to get out there and right it. But I’m still forbidden from the garden, so instead my time is spent in planning. Last week, this planning took the form of a trip to Masters (a local big box home improvement warehouse). I was meant to just pick up a bag of potting mix so that I could pot some plants (and scratch the itch that way). Just for fun I found myself wandering the plant aisles, where my sister and I discovered rainbow vegetables.

And so now I find myself planting a rainbow vegetable patch: purple onions, yellow cauliflower, black, green, red, pink, orange and yellow tomatoes, multi-coloured sweetcorn. And I can’t wait to see what it all looks like! 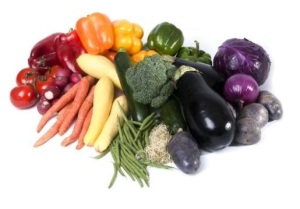 Have any of you tried growing differently coloured vegetables? How did you go?

One thought on “I Can Plant a Rainbow”