And then I found this post by Brown Paper Belle where she does a similar thing with spice jars. She very kindly informed me that she didn’t use primer of any kind and the paint stuck just fine. Huzzah! 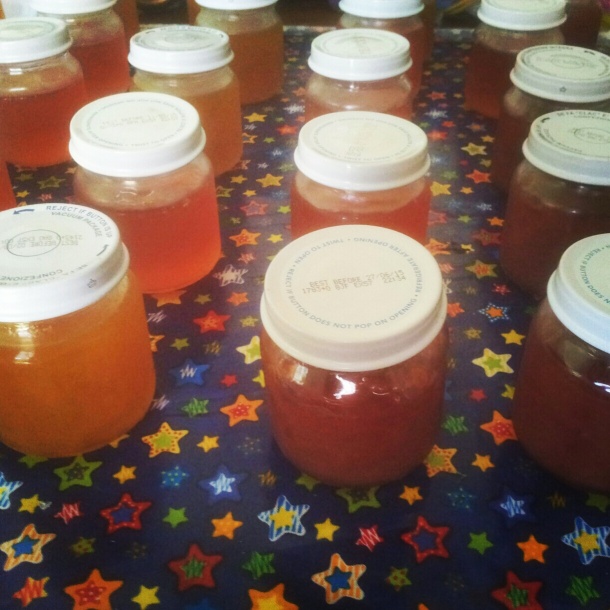 I lined up my legions of jam jars and got to work. I had ummed and ahhed about whether to paint the lids first or once they were on the jars, but I was concerned with how the chalkboard paint would go in hot water when I sterilised the lids, so I decided to paint them once the jars were on.

It wasn’t hard to paint them on the jars, but I did have to make sure I used a small enough paintbrush. I had originally planned on using a larger one, but it was too tricky to do the sides of the jar with it. I ended up using a brush about the size that kids use to paint with.

It took me about an hour to paint all of the jars. It seemed like much longer (I was concerned I was still going to be painting at 8 o’clock at night). 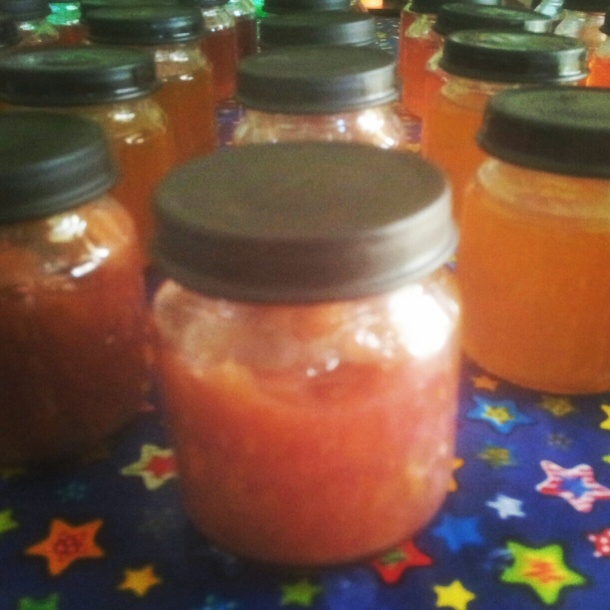 I’m not sure exactly how long it took the chalkboard paint to dry – it can’t have been that long since some of them were almost dry by the time I finished. I used the time in between to pot up Mum’s herbs into new pots (and that took about an hour as well. Christmas Eve was very hectic!).

Once the lids were dry, I simply wrote the name of each type of jam on the lid with a chalk pen. 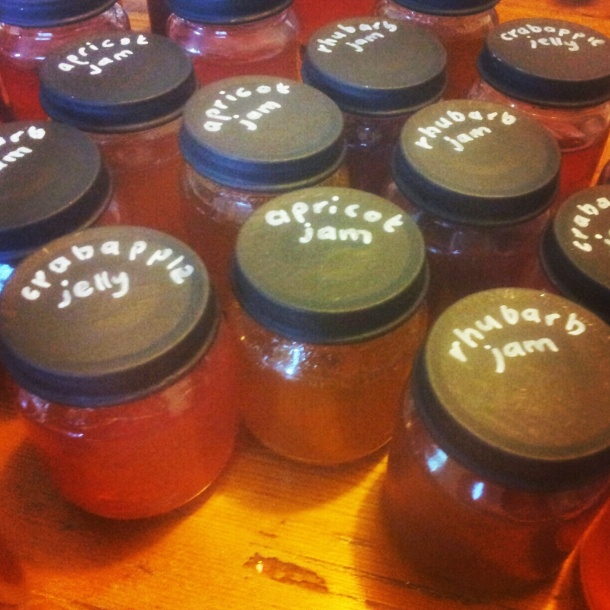 This bit was the hardest; not the writing itself, but tracking down something with which to write! I had been looking for a liquid chalk pen but was having trouble finding one. I didn’t want to use chalk because it is quite thick and the lids are quite small, which doesn’t leave a lot of room for fat letters. I finally managed to find a packet of two thinnish chalk pens in Officeworks for around $5. I had given up completely on finding anything and was going to use a silver marker instead when my sister spotted them hiding in amongst all the craft supplies! I had already tried Riot Art and Smiggle to no avail (they only had fat giant markers) so I was very relieved to spot these ones!

I’m not sure if this is how I would label jam that I was making just for me, but I did like how it turned out for gifts.

How do you label your jam? Do you do it differently when gifting jam?