DIY / Gardening / Self Sufficiency / In The Garden

About a week ago I started poisoning the ‘grass’ (I consider it a weed, to be honest) that grows along the side of the house in preparation for obtaining my raised garden beds. 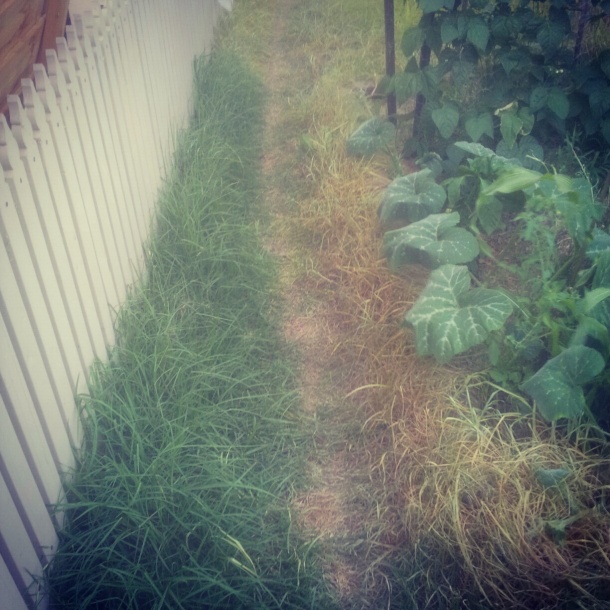 Yesterday I finally got to order my raised garden beds – hurrah! I ordered the larger one in 2400x1000x860 in paperbark and 1800x800x840 and 1800x600x400 in manor red. I also added on the watering kits that are supposed to be more effective at watering – something about watering the bottom of the soil rather than the leaves of the plant…I tend to just smile and nod at this point.

The next step is to work out some sort of ground cover to go in to replace the ‘grass’. There’ll be paving paths between the raised beds, but to try to keep the weeds … err grass … suppressed, I want to put in some ground cover.

At this stage I haven’t quite worked out what would work. I’m looking for something that spreads itself fairly well, doesn’t grow too high – so basically anything that’s described as ‘matting’. So far I’ve looked at things like native violets, lobelia, kidney weed, blue stars and country park. Bulleen Art and Garden seem to have a fairly comprehensive list, so that may be where I end up having a look around.

Have you been doing any landscaping lately? Or have any suggestions about ground covers?