Gardening / Self Sufficiency / In The Garden

As Summer withdraws and the early roses fade it’s definitely time to begin tidying them up. 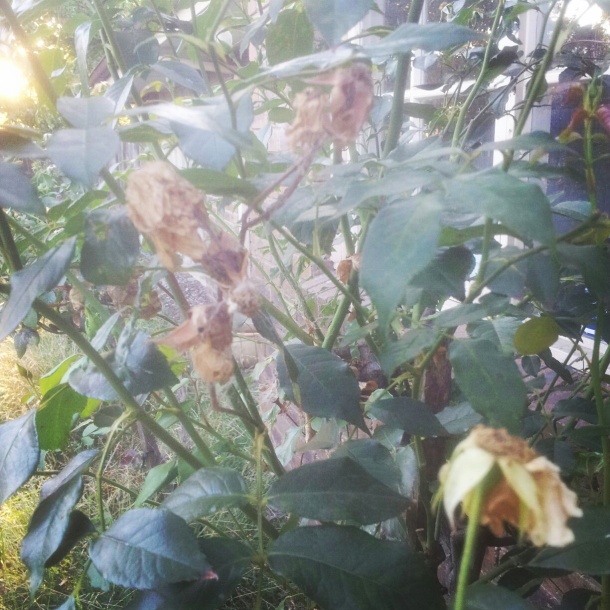 Normally when you dead head roses (as opposed to pruning them over Winter) you just cut back the stems where the roses have flowered and died back. Unless you want to leave them for rose hips. 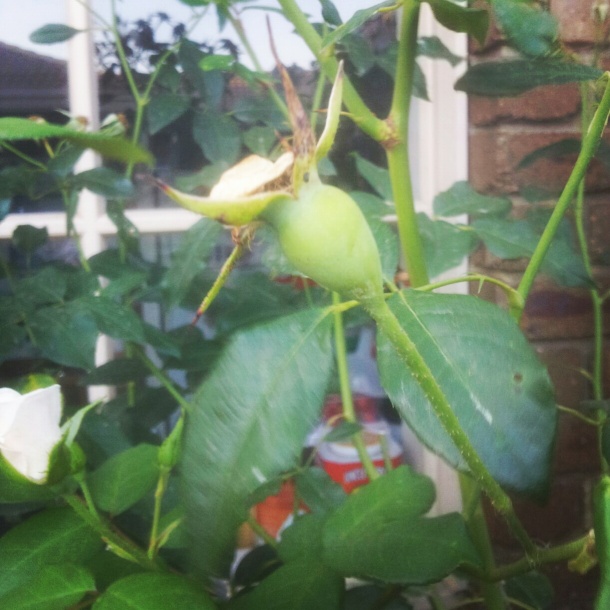 But because my roses are quite prone to blackspot and aphids (though oddly enough they didn’t really take hold this year) I’m cutting mine back quite harshly. 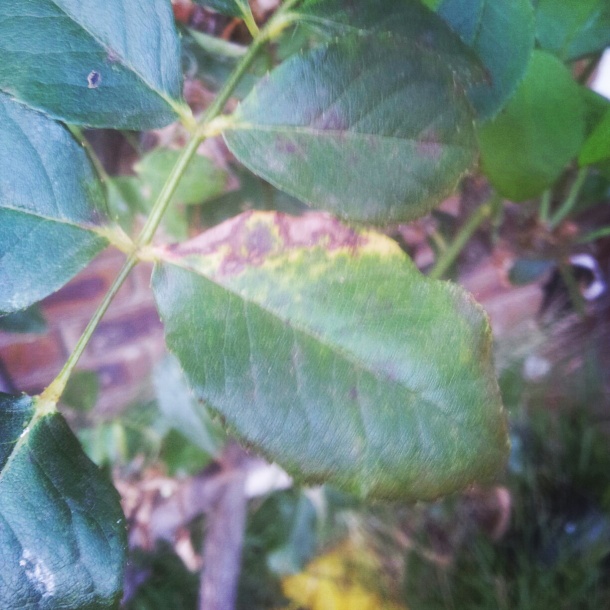 And what I suspect is powdery mildew…

For the most part the roses have been pruned right back to the old growth, which is what I’d do if I was pruning over Winter. I’ve done this to them before, though, and they’ve survived. I’ve often been told that it’s basically impossible to overprune a rosebush, and I’m starting to suspect it’s true. In fact, if it wasn’t for the fact that I want to plant those citrus trees out the back, I would definitely consider putting in more roses. 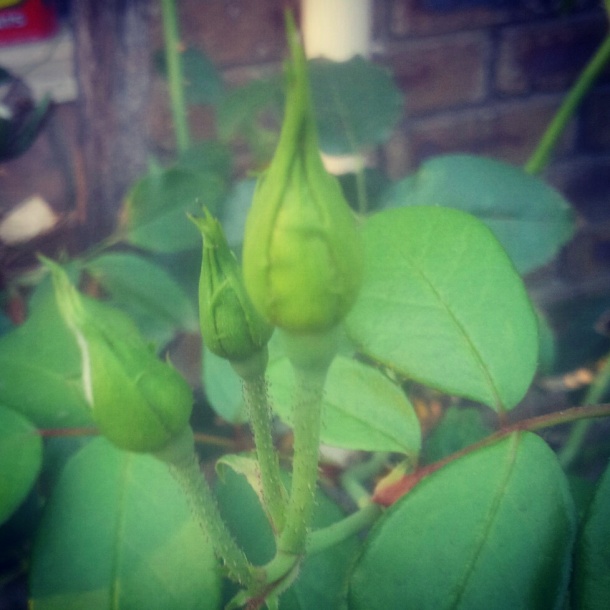 I tried to leave the stems which had rose buds which hadn’t bloomed yet, but I didn’t always succeed. Due to intertwining and tangling branches, a few buds got removed prematurely…

I will also point out that having a receptacle to place the pruned branches in as soon as they’re removed is important. More than once I have pruned the branches and left them lying on the ground under the tree. This is problematic for two reason: the first is if you have diseased leaves (like blackspot) the disease just hangs around. The second is that you end up with tiny thorny branches all over the place that are suddenly really REALLY hard to spot. Until you stand on them/grab them with your bare hands. Then you know all about it.

It only took me about 20 minutes or so to deadhead all my roses, and they actually look a bit messier than they did (long stems with buds poking out of a compact ball), but they no longer look like they’re dying, so that’s nice.

Do you prune your roses in Summer? How do you deal with rose diseases?