I’ve been having trouble keeping up with the blog lately for a few different reasons.

The first is the general malaise I get around now that means I tend not to harvest the plants I’ve spent so much time putting in. The second is that Mr J has just started at a new (special) school that’s 45 mins away so I’m spending pretty much every second week away from home during the day. The third is that I’ve been accepted into a Master of Teaching (Early Years) so I’m adjusting to being back at a structured uni course.

Because of this the garden has been horribly neglected lately (you might have noticed that in my March “See How My Garden Grows” post) – especially my succession planting. In an attempt to snap myself out of this fog I’ve fallen into, I decided to take advantage of succession planting Tuesday. Hopefully getting out and about in the garden will help re-focus me.

I have to admit that my succession planning today basically consisted of poking some seeds into the ground and hoping. But that totally counts, right?

Ages ago I planted some bean seeds and bean plants promptly sprouted. I then failed to harvest all but three or four beans. Now my bean plant looks quite sick.

I have a vague recollection of it not yet being too late to plant more beans, so I rifled through my fridge for my seeds. 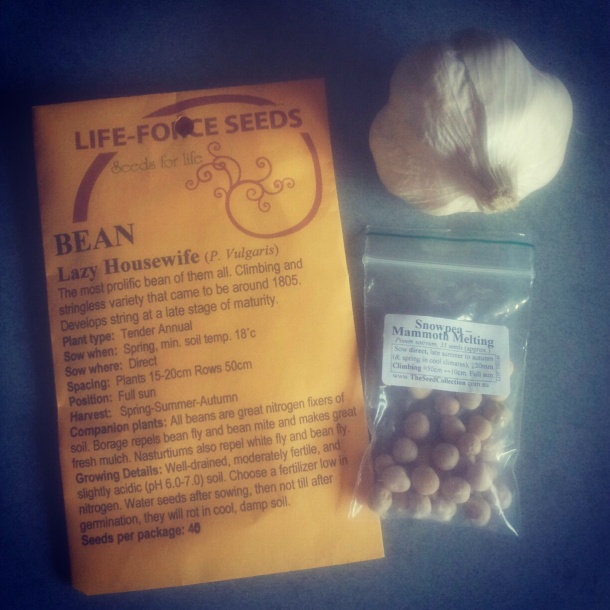 As an added bonus I also bought garlic on the weekend. That didn’t make it into the ground tonight, but it might yet go in this week.

Behold, a snowpea seed! I direct sowed four lazy housewife beans and four snowpea seeds. Taking the world by storm, I am.

While out there I also spotted some old beans that I totally left on there to dry on purpose so I could harvest the seeds. No, really.

I’ve since picked them and tomorrow I may even post about how I remove the dry seeds from the pods to re-use the seeds next year. Stay tuned! 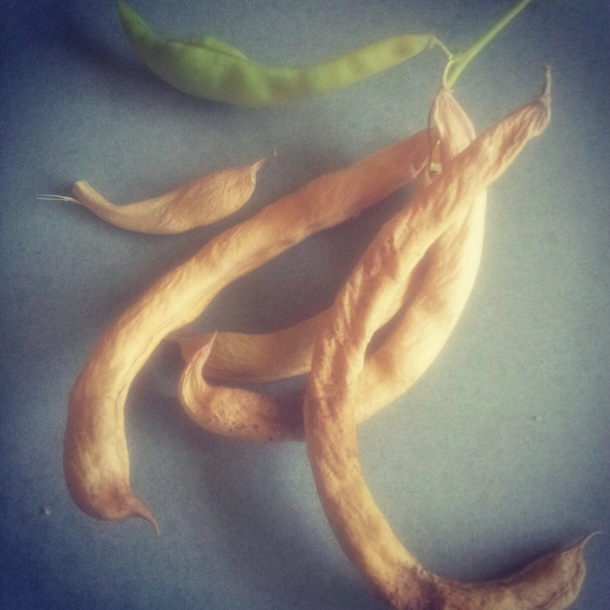 How are you going with your succession planting? Have you fallen into a gardening rut?