Lately I’ve been struggling to find the energy to do anything around the house/garden. Ordinarily I don’t get a lot achieved during the week and everything gets left to the weekend, only for some reason lately that hasn’t really been working out.

This weekend, however, I had nothing planned so I decided to write myself a to-do list. It didn’t include ‘normal’ activities like cleaning the kitchen (although perhaps it should have, since that didn’t get done), but there were a few things I’ve been meaning to get to for a while but haven’t, like:

Sadly only three of the things on that list got done. Those things were all meant to be completed today, but I suspect I’ll be doing more of them tomorrow to try to get the list finished up.

Hanging up a fly trap

This task probably only got completed because it was super-easy to do.

A few days ago when my sister and I were at a big box hardware store buying pavers for my raised garden beds I also picked up a couple fly traps. For reasons completely beyond me there seems to be a mass of flies hanging around my front and back door and I’m sick of them sneaking in every time we go in or out of the house. 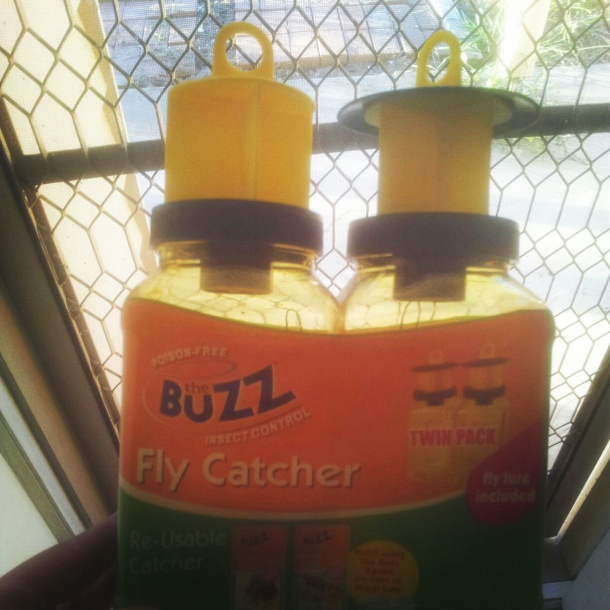 When Nick and I first moved into this house I bought a couple of weeping cherries to plant near the front door because they’re so awesome looking. Unfortunately I’ve never really looked after them properly and they’ve always looked a bit sick. But they’ve also had a tendency to send out non-weeping branches that I’ve been avoiding doing anything about. Today was the day they finally got chopped off! 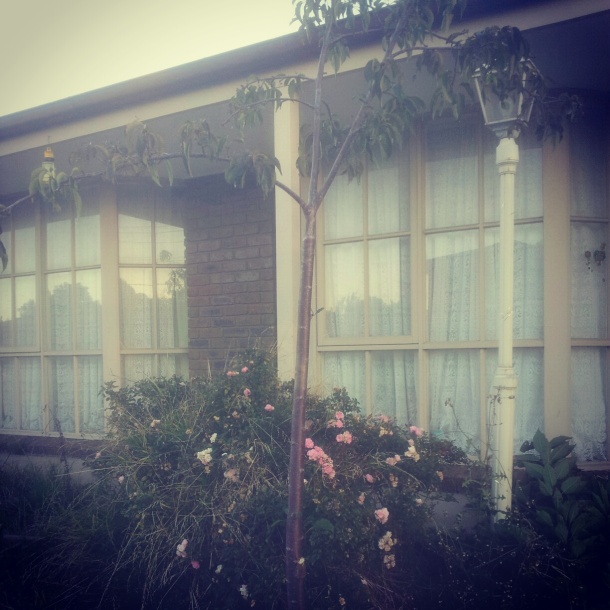 Of course my mother warned me a while back that I really shouldn’t let the branches get so big because they would ruin the way the tree looks. I didn’t get it, and was all “but I’ll just chop them off. Problem solved!” Yeah, I totally get what she meant now.

No more completely straight trunk for me!

This one is a big one. I have no idea what these weeds are, but they’re totally taking over my garden at the moment (I always think of them as some sort of caterpillar plant because that’s what their seeds look like). I decided to start at the top of the stairs and work my way down. Apparently that was a mistake because after weeding the first two steps my weeding tool broke (I’d only bought it a few days ago!) putting a halt to that operation. I’ll have to finish the rest after I go and get a replacement tool.

Do you have a ‘weekend to-do list’? How did you spend your day?