Now that Christmas has passed and it’s too late for this to be of any use to anyone, I thought I’d write about what we got the kids for Christmas this – err, I mean last – year.

As I mentioned last post we try to do six gifts consisting of “want, need, wear, read, make, do” and our total budget for each child is approximately $150.

This year, however, our budget was blown out of the water by the fact that Miss H – who is now 13 – has outgrown literally all of her clothes. She’s been needing a new everything for about a month now, but we’ve managed to stretch her out til Christmas because a) we’ve only had her two weeks out of the four because she’s at her Mum’s house the rest of the time and b) she’s at school in a uniform five out of seven days. Because of that we spent more than her entire Christmas budget on just clothes.

I’m a bargain/budget/sales shopper. I dislike paying full price for anything, so ideally I’d have liked to get a better deal on her clothes, but it’s tricky because she’s starting to move out of children’s clothes into women’s sizes and because So. Many. Clothes. seem to be designed to be far more revealing than either her father or I are comfortable with for her age. Add this to the fact that a lot of the basic shops we go to don’t do much in the way of sales, and we end up with spending $190 on a new wardrobe of clothes for a 13 year old. We managed to get some of the clothes from Target on what was effectively either 20% or 25% off with a “spend $80 save $20” sale on one occasion and a “spend $90 save $20” sale on another (we also bought clothes for her brother and for Nick on these occasions) so it wasn’t a total bust, but not as ideal as I would have liked. Similarly, we got two tops from Cotton On on a Black Friday deal, but I can’t remember the exact discounts. On the plus side, she shouldn’t need too much more for the next year!

Clothing and pictures from Kmart, Best and Less and Cotton On.

Clothing and pictures from Target Australia

and the price breakdown is as follows:

So that’s her “something to wear” out of the way, and because we spent so much on that, we tried to keep everything else as low-cost as we could.

Something She Wants!
Miss H is very into pop music (shocking, I know) and requested the new Taylor Swift album for Christmas. She hasn’t got much in the way of current music, so we got some albums from other artists that she likes: One Direction, Ed Sheeran, Maroon 5 and Shawn Mendes. JB Hifi were having a buy two get one free sale on some CDs I was buying Nick for Christmas, so the the One Direction, Ed Sheeran, Maroon 5 and Shawn Mendes CDs cost us $19.98 and the Taylor Swift album we ordered off eBay and it cost us $14.89, so in total she got 5 CDs for $34.87

CDs and images from JB Hifi and eBay

Something She Needs!
We have been struggling with Miss H this year keeping track of what she needs, where she needs it, when she needs it, where she needs to be certain places, so on her list this year was a diary and calendar. She’s very into Mickey Mouse/Disney at the moment, so we thought this calendar and diary from Typo would be right up her alley. As an added bonus, they had a sale on, so the diary was $8.49 (RRP $16.99) and the calendar was $5 (RRP $9.99)

Items and images from Cotton On/Typo

Something to Wear!
Has been well and truly covered up above!

Something to Read!
Miss H has been very particular about books this year. She prefers to spend her time drawing than reading, so we were going to leave this category blank – especially as we were having trouble finding a sixth item for Mr J – but at the last minute he made a Christmas request, so we decided to switch her “Something to Make” present to her “Something to Read” present.

It’s not a great switch as there’s not a lot of reading involved, but it still promotes literacy, so we were happy with it.

Miss H got some gel pens from Target and some sketch books from The Reject Shop. The pens were $5 and the sketch books were $3 each so the total value was $11.

Pens and image from Target Australia

Something to Make!
For Miss H’s something to make gift, we decided to get her some hair chalk so that she could play around with hair colouring and styling in a non-permenant way. Coles had these hair chalks on sale for 50% off, so we grabbed two colours: a light pink and a mint colour for a total price of $14.97 (RRP $14.97 each) 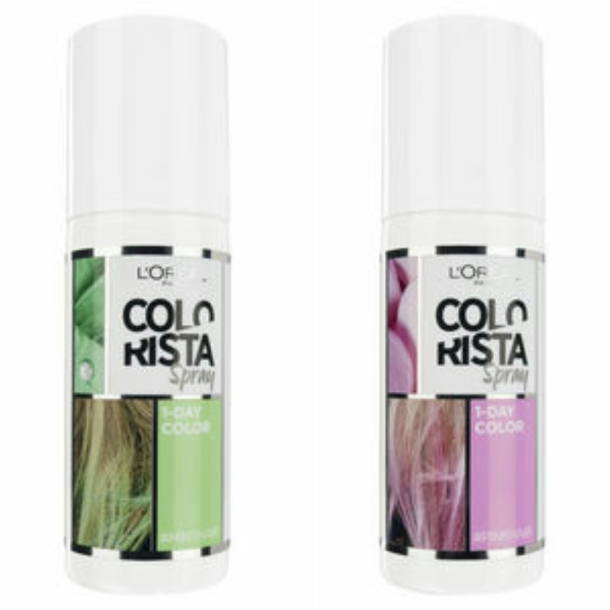 Hair chalk and images from Coles

Something to Do!
We thought about buying Miss H tickets to see “The Wizard of Oz” in the City for Christmas but two things made us re-think those plans. The first is the cost of the tickets, but also the fact that the show doesn’t begin until May. Instead we’re thinking we might buy her tickets for her birthday.

Instead, bearing in mind the Disney-interest she has at the moment, we found that our local theatre was showing a production of “The Little Mermaid”, so we bought her tickets to that. Tickets were $52 for adults and $47 for kids.  We decided to only include the child ticket in her Christmas budget since one of us would be going with her. We made up mock tickets to gift her for Christmas to make them look a bit more special.

And there you have it – Miss H’s Christmas presents. We went well over budget at $312.55 but if you take the annoyingly-large-amount-of-clothes-required out then we only spent $121.23. Our total cost could also have been much higher – we saved at least $116 – possibly more if you calculate the RRP of the CDs, which I didn’t do here. Perhaps next year – I mean this year – you might find them helpful when deciding what to you buy a young teenager or tweenager for Christmas!

What did you buy for Christmas this year?